A common language, shared experiences and a deep need to grow inside and out is an accurate way to describe Veterans to Farmers, an important nonprofit dedicated to offering services to a unique group of human beings. These men and women have literally spent time in the trenches and seen things that were difficult to endure. These memories and often the post-traumatic stress that accompanies them, are tough to overcome. Getting their hands in the earth and learning how to grow food becomes a healing salve to veterans and offers a beacon of hope to overcome many unresolved feelings. From protectors to providers is the motto of Veterans to Farmers

At Seed Up Saturday on May 22nd, Rich Murphy, Executive Director of Veterans to Farmers, will share his journey of supporting those in transition from the front lines of conflict to the front lines of becoming food providers for their families and communities. The unique Veterans to Farmers organization inspires vets to feed their souls and the bellies of those they love with healing local food. 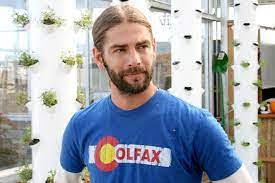 In 2009, Veterans to Farmers Founder and U.S. Marine Corps veteran Buck Adams established Circle Fresh Farms, which grew into a 12 farm collaborative with a total of 5 acres of greenhouse within 3 years. Circle Fresh became the largest organic greenhouse grower in Colorado at that time. In 2011, he established an initiative to train and hire fellow veterans in the greenhouse environment. Word spread. Before he knew it there where many eager veterans willing to learn. The interest from veterans was much greater than anticipated and as a result, Veterans to Farmers (VTF) was formed in 2013.

In 2014 Veterans to Farmers Founding Member and Program D 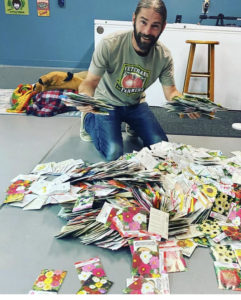 irector, Richard Murphy began to work on the development of the VTF training program. Working closely with Buck Adams and partnering with established educators like CSU’s Extension Offices and Denver Botanic Gardens, VTF prepared to plant its first seeds. Hard work and dedication paid off and by the summer of 2014 VTF was training its first veteran farmers! (End paraphrase)

In 2016, Rich attended a Seed School comprehensive seed saving course. The training he received in the ancient tradition of seed saving inspired him to pass the knowledge on to veterans in his farm education programs.

He, like others who become acquainted with the ancient tradition of seed saving, instantly became a passionate advocate and ally of all things seed.

Rich will join Seed Up Saturday to share his fascinating story of learning to love seeds and his aspirations for those returning from the battlefield to their own personal field of dreams.

Seed Up
In a Box

Choose any of our Standard Bundles with either 25 varieties or the larger Ultimate Bundle with 75 varieties, or design your own Mix & Match Bundle. Each variety has the equivalent of 250 portions of our generously sized Great American Seed Up scoops!!

PRO TIP: Select a standard bundle, then add on any extra varieties you want with a Mix & Match Bundle. Don't forget to grab a few extra Seed Saving books so everyone in your group can have their own.

NEW OPTION:  Reduce the plastic and get more seeds at no extra cost! We will add a surprise variety to every order that has this selected.

Brought to you by: