What are Nightshades and Why Are They So Fantastic for Seed Saving?

Nightshades are a botanical family of plants, more technically called Solanaceae.  There are more than two thousand plant species in the nightshade family, the vast majority of which are inedible and highly poisonous (like deadly nightshade and jimsomweed [sacred datura].

On the other hand, many are staple foods that are rich in nutrients. Potatoes, peppers, tomatillos and eggplants are all common nightshades.  These are often favorite plants for seed savers.  They are self-pollinating, so they don’t cross pollinate easily.

On September  21st at 5pm Pacific time, Bill McDorman will join Greg Peterson for their monthly Seed Chat, a live online Q&A session.  This month, they will be discussing and answering questions about Nightshades.  Learn more here. 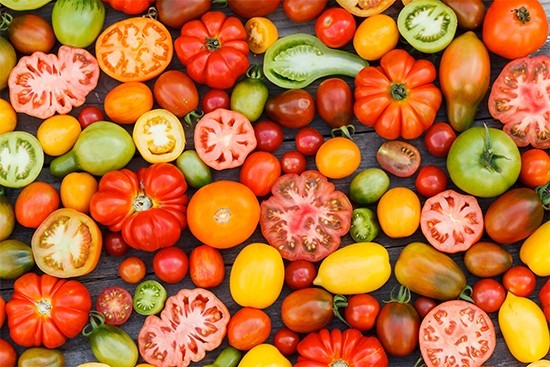 Perhaps the most popular of the nightshades for gardeners is the beloved tomato.

America’s favorite vegetable originated in the northern highlands of South America. The first wild tomatoes brought into cultivation bore tiny, watery, acidic tasting fruits that barely resemble today’s delicious giants. Over the centuries the tomato made its way north to the Aztecs of central Mexico who are thought to have done much of the original breeding work. In fact, our name for the plant comes from the Aztec name tomatl.

Spanish conquistadors brought tomato seeds back to Europe. Spain became the first European country to really produce tomatoes. Italy adopted the Pomo d’oro, or “golden apple,” as an integral part of its national cuisine. The rest of Europe had a bit more trouble adopting this new garden friend from the New World because tomatoes are in the nightshade family. Their leaves closely resemble a number of deadly plants including belladonna. The English were the last to be convinced, and many of the first American colonists from England still carried this bias against tomatoes. 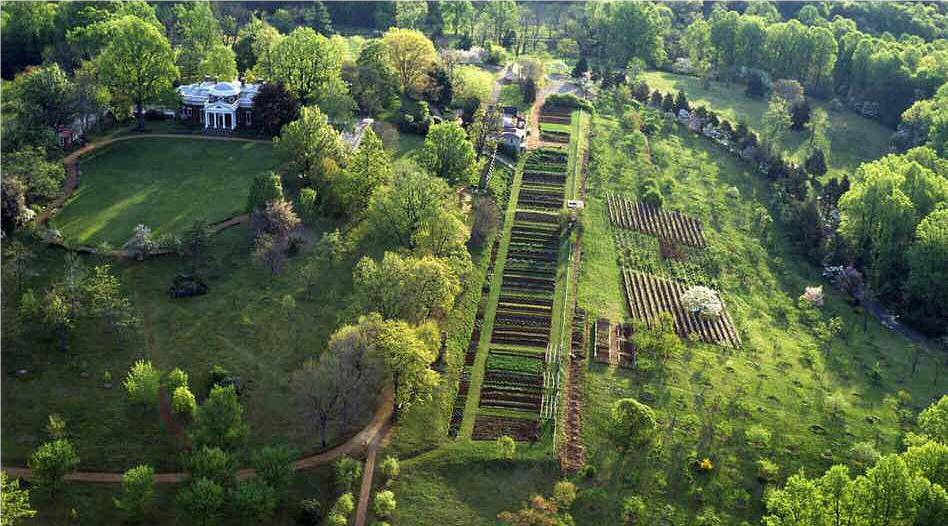 One of the first places we find evidence of Americans eating tomatoes is in the writings of Thomas Jefferson. Beginning in 1809, Jefferson wrote of growing them for consumption in his garden journals. Amazing stories come from the early days of the United States when most Americans still believed tomatoes to be poisonous.

Col. Robert Johnson, a world traveler and adventurer, against the advice of his physician and in the presence of the local undertaker, ate much of a bushel of tomatoes in front of a terrified crowd on the steps of the courthouse in Salem, New Jersey in 1820.

Some say the Creoles in New Orleans were really the first in the United States to seriously use tomatoes, bringing them into commercial production in 1860.

Tomatoes became immensely popular in the late 19th century. Hundreds of new varieties were created as gardeners and farmers saved seeds from their own stock and selected for different characteristics. This trend continued until after WWII when hybridization and commercialization became the driving forces in tomato production.

The results of this industrial revolution in tomato growing have been nothing short of amazing. Tomatoes are now mechanically picked, tossed into trucks, driven thousands of miles, and stored on produce market shelves for weeks at a time!

Modern commercialization of the tomato has not been without negative effects. Bland and mealy supermarket tomatoes bred for uniformity have compelled a record number of taste-conscious Americans to grow tomatoes at home or seek them at farmer’s markets.

The number of good-tasting, open-pollinated tomato varieties, so prevalent before WWII, is now growing again. By learning to save your own seeds from the varieties that do best in your garden, you can contribute to this expanding diversity. At the same time, you’ll be enjoying the historically celebrated flavor of this remarkable plant and helping to create a more resilient and delicious agriculture system for us all. 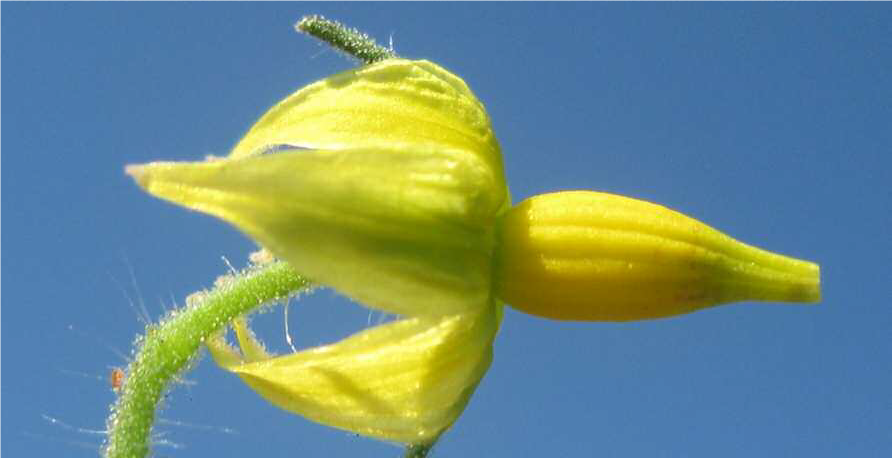 Save Your Own Tomato Seeds

Tomatoes are among the easiest plants from which to save seeds. Because they produce self-pollinating flowers, home gardeners can grow two or more different varieties without needing to be overly concerned about separating them to avoid cross pollination. In addition, you can sometimes save a hundred tomato seeds from a single large tomato. This will yield more seeds than you will need for your home garden for the rest of your life.  One thing we love about saving tomato seeds is you can still eat the tomato.

The Great American Seed Up (GASU) features a diverse assortment of tomato varieties for you to plant, eat and save.  Grow your own for great taste and adaptation to your own backyard conditions.  Below are just a few of the beautiful heirloom tomatoes that we offer.

One of our favorites is Brandywine Blend.

This Amish heirloom dates from the 1880’s. Contains a mix of Brandywine color varieties. An indeterminate variety, it is sometimes referred to as a climbing tomato and staked runners can climb to 9 feet. Brandywine has large (up to 1 ½ lb.) semi-flattened fruit on large vines. Moderate to heavy producer of excellent flavored fruit.

A great tomato for container gardens as well as in ground beds is Ace 55.

It is a determinate heirloom variety with large, deep red fruit with low acid content. It’s thick, beefy walls are resistant to cracking. This tried-and-true variety is disease resistant.  This favored variety is great for farmers market growers.

For gardeners in hot climates, Floradade Tomato is a delicious, bright red variety that has a great ability to withstand heat and produce high yields.

Floradade produces smooth, 5-7 ounces sized tomatoes with slightly deep globes. The Floradade tomato is a disease-resistant variety developed by the University of Florida at their Homestead facility in the 1970’s.

As mentioned, tomato seeds are easy to save and the benefits of saving them cannot be underestimated. Resilience, flavor, and hardiness are just a few of the important characteristics you can capture simply by paying attention.

Buy your seeds from GASU, and learn from our on-line learning platforms to save tomato seeds and to expand your palette and your ability to continue the seed saving tradition from one generation to another both in your plants and your families!

This article is adapted from “Death by Tomatoes” by Bill McDorman, co-founder of the Rocky Mountain Seed Alliance (RMSA), a non-profit organization created to assure a diverse and abundant supply of seeds for the Rocky Mountain West. He has been teaching classes in wild, edible and medicinal plants and seed saving for more than 30 years.